Undetermined Matter juxtaposes two artist’s interpretation of space and material, or lack thereof. Raul Gonzalez utilizes unconventional materials such as bits of plastic, card- board, and duct tape in his paintings to explore the metaphysical connections, or bridges, formed between all matter. In contrast, Julon Pinkston creates replicas of these materials using acrylic paint to show how matter can be deceiving. 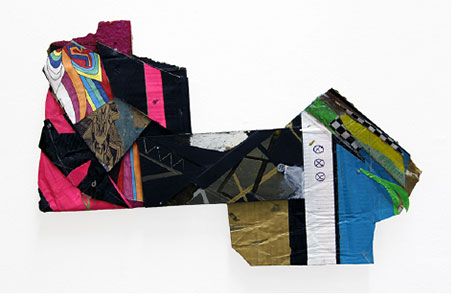 Throughout past and modern scientific developments, we are learning that our planet and universe is comprised of a series of interwoven relationships. If a molecule is split in two halves, those two halves are infinitely connected in time. In an essence, there is the possibility that any particular action can cause an effect in some undetermined manner.

Now, if we examine the evolution of painting in this manner, we can begin to understand relationships that occur over time. I have decided to create paintings with any number of outcomes. I began examining the "space" between two paintings, allowing myself the opportunity to create a "bridge.” Where there was once a void, we can now build a connection.

A bridge is most thought of as a structure that connects two landmasses, or in terms, two objects. As we have learned from artists such as Jasper Johns and Robert Rauschenberg, a painting is indeed an object. In Science, the Einstein-Rosen Bridge, also known as a wormhole, connects different points in space and time. My focus has become the space between two paintings. By filling in the gap, one can complete the connection that exists between two works of art.

I am considering the "bridge" as a metaphor and end product while evaluating various relationships. These bridges are the culminations of variable topics and approaches in modern painting. I am allowing art, symbolism, religion, materials, self-expression, social commentary and non-subjective interpretations to direct the evolution of each painting. 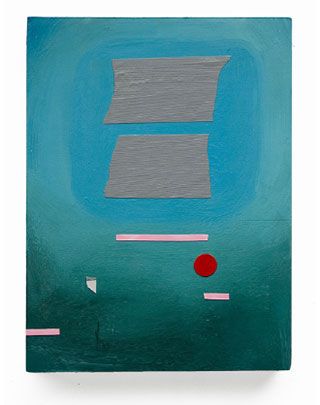 In my work, the use of play and intuition are central to my creative process and methodology in making art. This has not always been the way that I work, but I find that I discover far more, and enjoy the work more, by knowing how I will start a work of art, but then allowing the piece to take me where it wants to go. My work mirrors the world around me, both in nature and manufactured materials. I often manipulate acrylic paint to look like ubiquitous objects such as duct tape, masking tape, red dots, bandages, utilitarian items, etc. This gives the imitation of the work being made in a swift, effortless and inexpensive manner, but at the same time (since they are not tape, but acrylic paint) there is this almost tedious or ridiculous amount of labor involved in making them look and feel like the real thing. Art should seem like it is easy even when it is not, especially when it is not. The diversity of manipulation of acrylic paint becomes an integral part of these works, which are exploring the tactile sense and embraces direct experiences. These works reject the overabundance of two-dimensional pictures that are saturating our world in the current digital revolution. All of these elements replicated in my paintings: tape or stickers, nail-drips, staples, BBs, plywood, the gestural mark, etcetera, for me, are there in order to be able to discover new possibilities in art. I enjoy pushing the conventions that confine artistic media, whether traditional or nontraditional, and seeing what else I can do with it. I hope that when you look at this work you see it with the same sense of humor, the same kind of play or sense of discovery in which they are made. 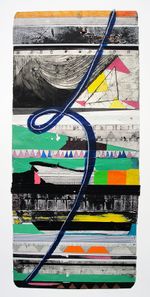 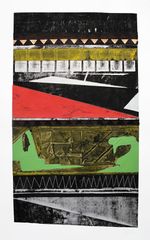 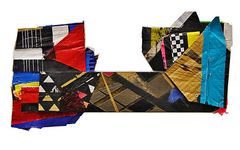 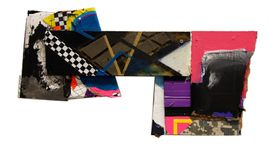 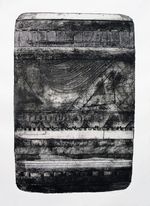 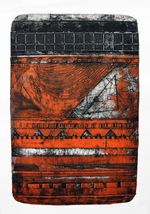 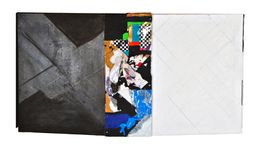 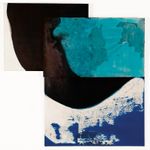 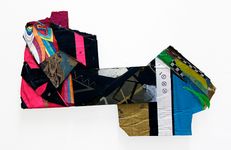 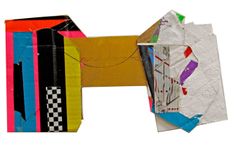 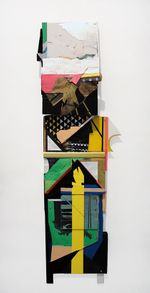 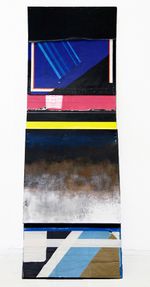 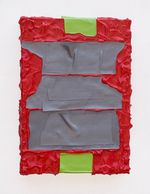 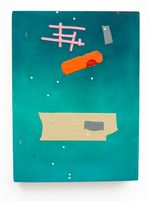 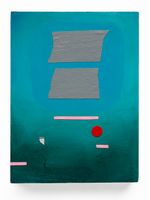 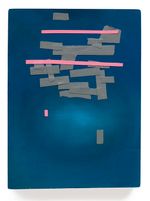 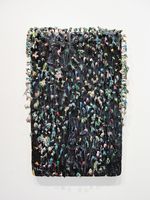 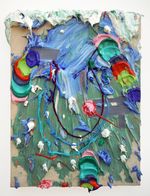 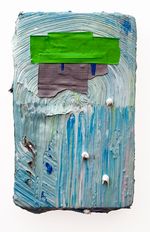 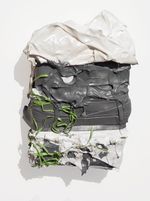 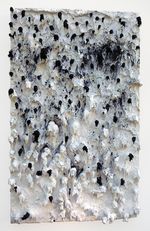 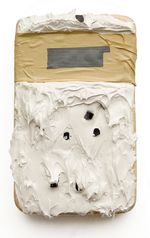 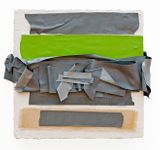 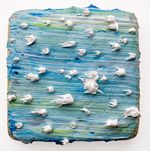 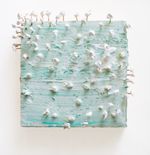 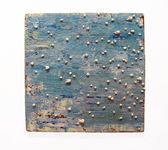