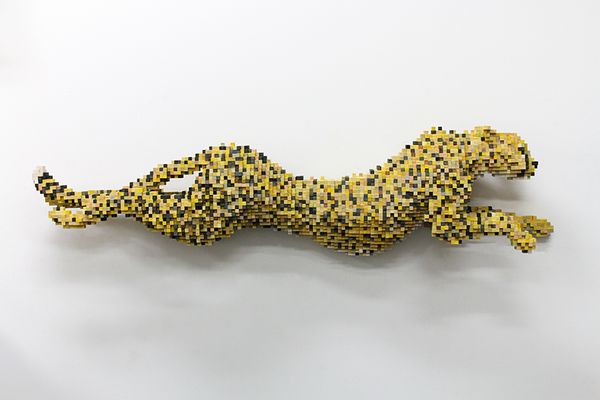 GrayDUCK Gallery is pleased to introduce an exhibition by Austin artist Shawn Smith. Predators, Prey, and Pixels, is an exhibition that examines the evolutionary confrontation between nature and the digital world through the creation of a pixelated natural world. His detailed sculptural work draws inspiration from cell survival and how that plays into the identity of an organism and their evolution.

My work investigates the slippery intersection between the digital world and reality. Specifically, I am interested in how we experience nature through technology. I grew up in a large city only experiencing the natural world through computers and television screens. With my work, I create three-dimensional sculptural representations of two-dimensional images of nature I find online. I build my objects pixel by pixel with hand cut, hand-dyed strips of wood in an overtly laborious process in direct contrast to the slipperiness and speed of the digital world. Through this process of pixelation, details become distilled, distorted, or deleted. I am interested in how each pixel plays an important role in the identity of the object the same way each cell plays a crucial role in the identity of an organism.

I have become fascinated with biology and the struggles a single cell has to endure to remain alive. After reading several books about the cellular world, evolution, and sexual selection, one particular theory has really stuck in my mind as fodder for an art installation - The Red Queen Hypothesis. This hypothesis was first coined by Leigh Van Valen and gets its name from Lewis Carrol’s Through the Looking Glass. In Carrol’s book, the Red Queen is described as running in place but not going anywhere. For Van Valen, this was a powerful metaphor to describe an ever-escalating evolutionary arms race where opposing sides develop adaptations and counter-adaptations in order to survive. This arms race can be between a predator and its prey, a parasite and its host, or members of the same species who are fighting to be the fittest in order to reproduce. The Red Queen Hypothesis is a lens for looking at how a species must adapt to changing environments, evolve new ways of dealing with evolutionary pressures, and survive by passing on one’s genetic information to ensure the proliferation of the species.

As I thought more about this concept and how it relates to my current body of work, I was struck by how the digital world itself behaves almost as if it is its own species. What happens when we place this evolutionary lens onto the digital world, a species made by us? Are we co-evolving with the digital or is it evolving on its own? Is it outpacing us? At what point will it evolve to think/move/reproduce faster than us? Inspired by the idea of the Red Queen, I am proposing to create an installation consisting of several large pixelated sculptures to investigate this evolutionary collision between nature and the digital world. With the installation, I intend to create works inspired by the delicate balance between birth and death, the coevolution of the digital and real, and the evolutionary tactics for surviving in a competitive world.

“In the game of life and evolution there are three players at the table: human beings, nature, and machines. I am firmly on the side of nature. But nature, I suspect, is on the side of the machines.” --George Dyson 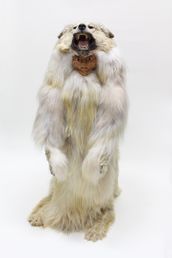 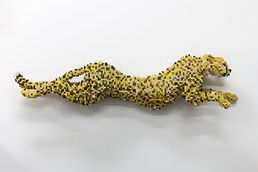 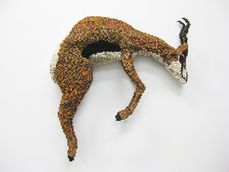 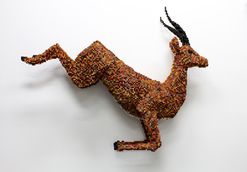 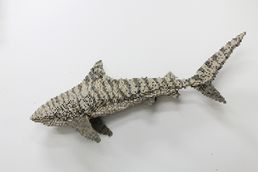 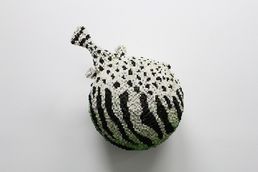 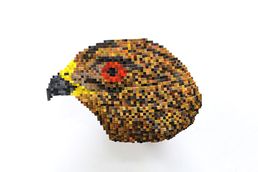 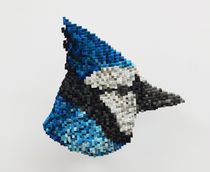 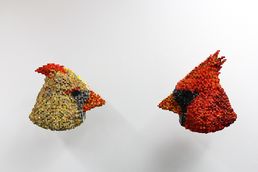 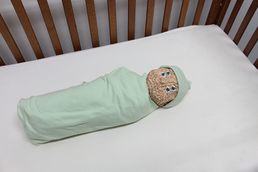 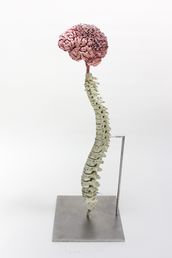 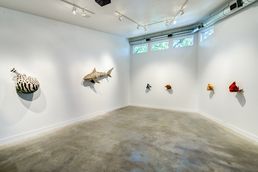 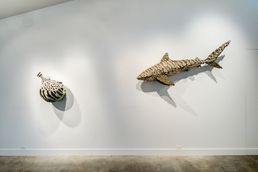 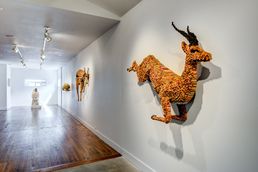 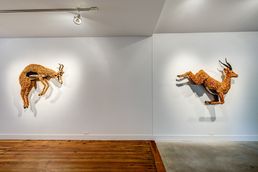 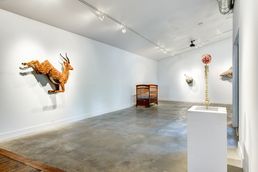