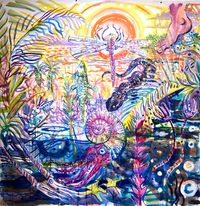 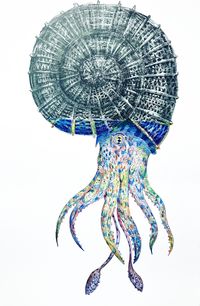 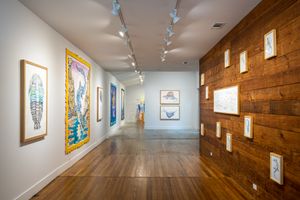 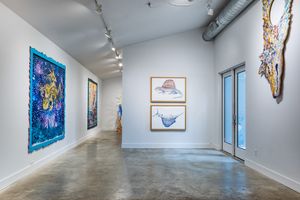 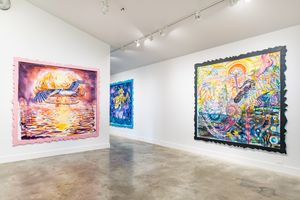 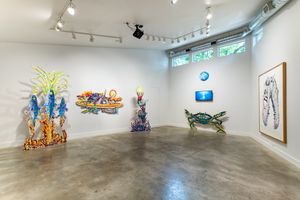 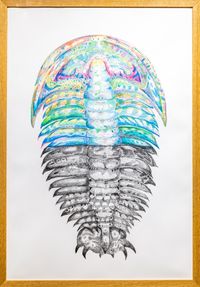 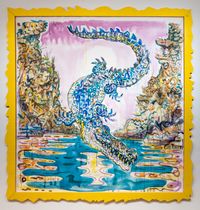 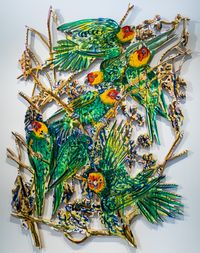 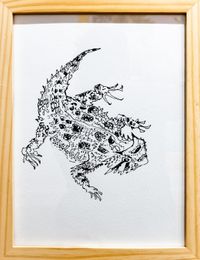 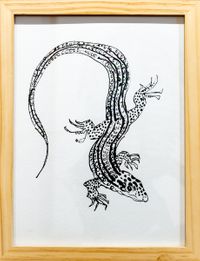 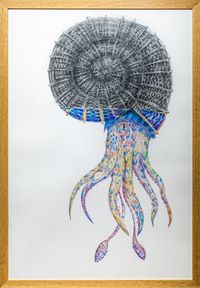 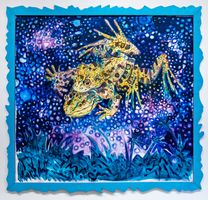 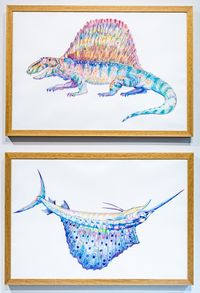 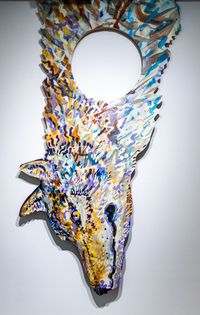 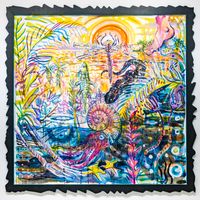 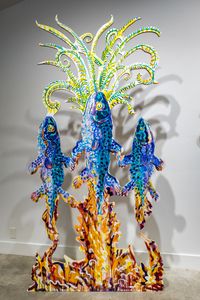 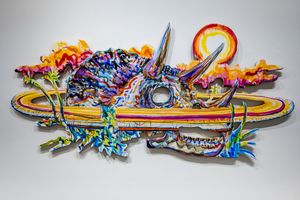 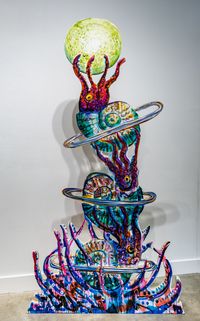 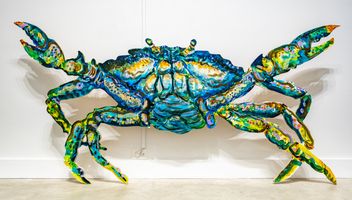 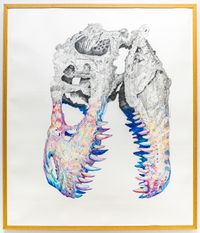 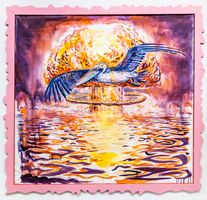 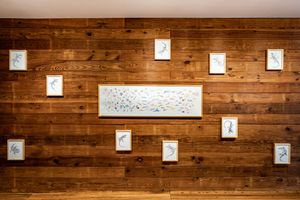 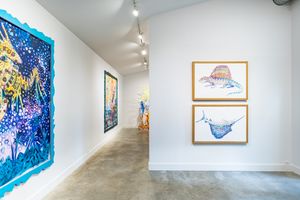 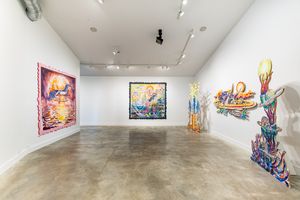 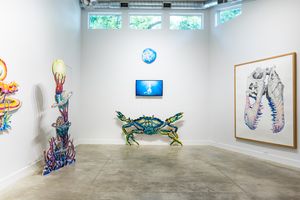 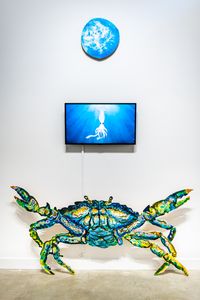 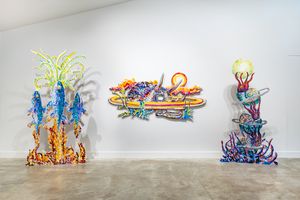 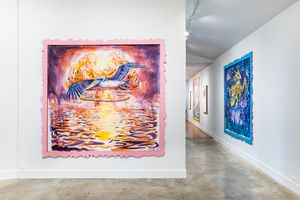 In this new body of work, we see a theme revisited by artist Jules Buck Jones again and again. Imagery of extinct and extant animals populate drawings, paintings, prints, cutouts, and videos, weaving together thoughts on evolution, extinction, and the immensity of the geologic timescale. The history of life on Earth is a timeline so grand, it is hard to fathom and defies accurate depictions at scale. Influenced by illustrations, charts, and displays from books and museums, Jones creates his own timelines in his paintings and drawings, circling the big picture, drawing unlikely parallels, and filling in the gaps with inventive imagery and relationships.

Creation and destruction are two of the major thematic bookends of the show and are both overtly and subtly present in much of the work. Some of the larger pieces aim to balance each other out, like Amplexus AM and Pelicapocolypse, one portraying fertility and the cosmos, the other, nuclear devastation and loneliness. Other works like Goodbye and Goodnite investigate the liminal thresholds of life and death, and the contradictory nature of fossils as symbols of both erasure and presence. These pieces rely on internal horizon lines and split palettes to emphasize these dichotomies, and to address the emotional weight of extinction.

But not all is bleak in Jones’ creations. These heavy themes are countered by a wide range of expressive styles, loud and enthusiastic color palettes, and a playful relationship with materials.

The show is as much about the joys of drawing as it is about biology and the work highlights a tangible celebration of the mysteries and miracles of the natural world. In addition to the 2D paintings and drawings, Jones creates low-relief installations through the use of large-scale backdrops and shaped panels. These scenes are a mix between theatrical sets and dioramas and serve to transform the gallery space while activating the works within the show.

Ultimately this show highlights the grand pendulum of life. It is a celebration of biodiversity, and a reflection on the wonders of nature, while also reminding us of the fragile balances we exist within. Life on Earth has come and gone many times in the 3.5 billion years since single celled organisms appeared on this planet. Many things will come and go many times again. Circles and cycles persist.

Jules Buck Jones creates art inspired by the mechanics and mysteries of the natural world. His body of work ranges from dense, organic watercolors and drawings, to large-scale performances employing costumes and puppetry. He is a founding member of the collective, non-profit, MASS Gallery and the art / science collective Animal Facts Club, both located in Austin TX. Jules has participated in art residencies including Skowhegan School of Painting and Sculpture, Vermont Studio Center, Arrowmont School of Art and Craft, The Lighthouse Works, and The Everglades National Park. Jules currently teaches drawing at TX State University in San Marcos, TX.