These works were created using individually hand-silkscreened prints, portions of discarded packaging and various other found objects and imagery. They are on one hand a conversation between old-time quilt making and modernist geometric abstraction, and on the other, a means of exploring the patina of wear and exposure on surfaces, while depicting nature’s ability to reclaim the spaces and things that we abandon.

Some of the patterns that I have chosen to utilize are traditional quilting designs that can be found in turn of the century quilts. The idea of using bits of discarded material to create elaborate compositions, as well as the way uniform shapes can be combined to generate larger, more intricate forms intrigues me. Isn’t this the way we experience our contemporary world, as we drive down any road, watch television, thumb through our smart phones, pine over social media posts, all while trying to make room for that inner voice that still speaks inside of us all? We are bombarded with signs and information, the ever-present television in the background, people and places we come in contact with, and fragments of conversations that we tune in and out of. No one detail can be isolated among the cacophony of images and information, everything morphs together to become one continuous grid like blur.

The graffiti that I use in my work are tags that I have collected from past places that I have lived (Austin, New York, Seattle, Barcelona, Minneapolis, etc.). As an artist and a maker, one of the things that I admire most about graffiti is the patina that tagged surfaces acquire, and the greater forum that these surfaces become in facilitating social interaction, dialogue, and expression, (no matter how silly or irreverent they might be). When a surface has been reclaimed, scrawled with tags, tangled in kudzu and Japanese honeysuckle, posted over, painted, re-painted, pissed on, re-painted, scratched all to hell, and left to the elements to fall apart and rot, this is when that surface truly attains a history to it—an “aura” of touch. The surface becomes a true physical embodiment of the countless hands that have collectivity formed it into being, standing not only as an artifact of the community from which it came, but also as a surrogate for the action that created it. My work is an interpretation of these surfaces, a true oxymoron — a beautiful detritus.

My recent drawings play with graphic clarity, both implied and the absent. Sharply drawn dark forms appear as fragments, like carefully edited bits of information. Simultaneously, other forms are suggested in the negative space. Both are visual clues to a larger whole; the viewer is left the task of completing the images.

The objects rendered in ink tend to float, centered on the page; a placement that would seem to ease discernment and careful inspection. But the form’s suspension, combined with a lack of environment, heightens a feeling of disconnection. The clarity of this binary way of drawing, the black ink is either there or it isn’t, with no in between, creates a tension with the lack of clarity in the total rendering.

Differences in mark making give each piece distinction, but connections slowly become apparent as certain forms repeat and morph from one drawing to another. This reflects a desire to explore similar imagery in different emotional territory.

Like evidence taken out of context, the drawings embody a mediated experience. What has been presented also suggests an absence, both in what can be perceived and what cannot. 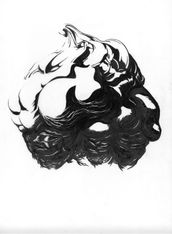 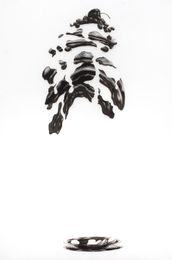 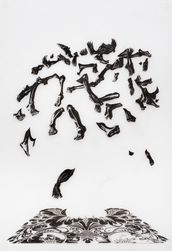 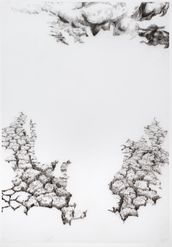 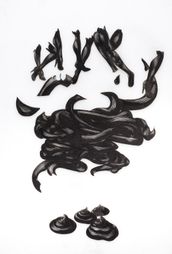 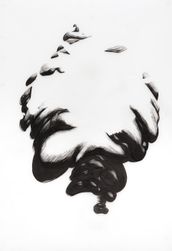 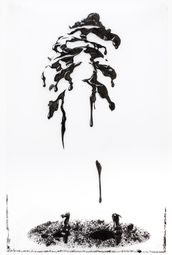 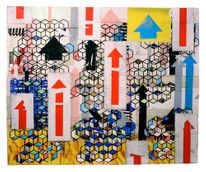 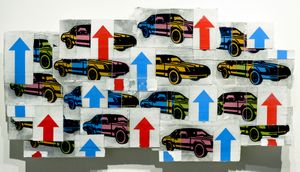 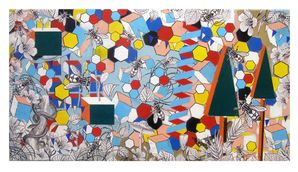