For Chimaera, Austin artist Michael Anthony Garcia fills the gallery with site-specific installations that explore the overarching sense of duality. 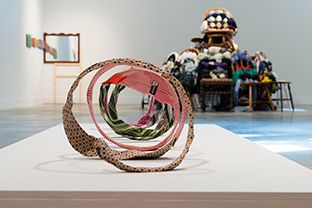 The work presented in Chimaera is an exploration from within, a self-portrait, not satisfied to be merely of an introspective nature, but one that also seeks context within a larger ecosystem. The title references the scientific term for organisms comprised of genetically different tissues fused in the embryonic stage. In a world of quantification and data abstracted from our biology, this work tries to make sense of spiritual, racial and humanist experiences in addition to the biological. It is a means by which to translate one’s self, for another to understand- -where “I” end and “you” begin.

In childhood, we first realize these boundaries exist, and over time we define their permeability, like cellular membranes, deciding what goes in and out. With age, the boundaries evolve, and we settle into who we are.

The found-objects used to create Chimaera serve as evidence of a human corporeal experience; Their former uses becoming hollowed out fossils of the physical bodies for which they were designed and shaped. 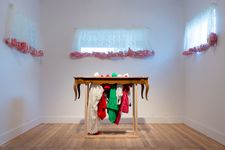 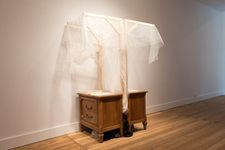 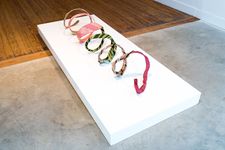 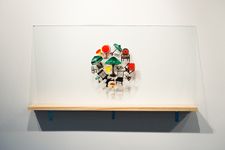 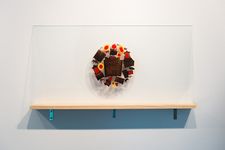 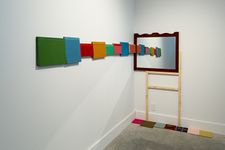 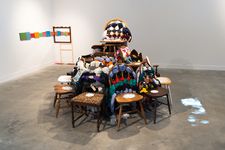 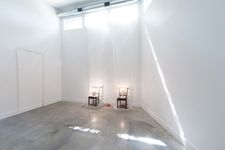 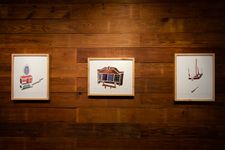