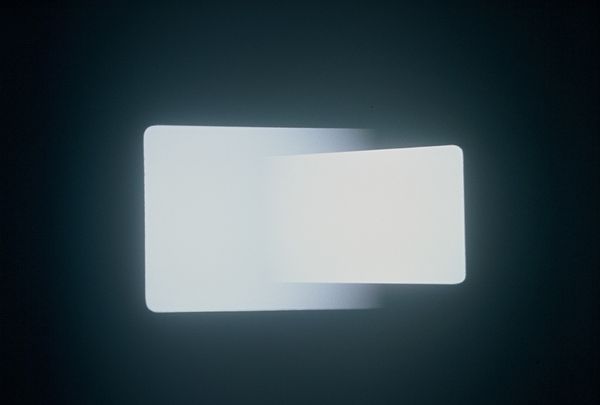 Experimental Response Cinema welcomes Sandra Gibson and Luis Recoder for an in-person screening of Untitled, in conjunction with their installation as part of the AIR conference at the University of Texas School of Architecture.

The black-and-white film Untitled is a poetic and conceptual exploration of the medium of film and its technical screening conditions. The central actors are the light and the various shades of darkness it produces. As in many of their film performances and installations, the New York artist duo Sandra Gibson and Luis Recoder take the apparatus of the projector as a point of departure to release the medium itself: By liberating the film projection of the baggage of narrative content, they allow the sequential images to take the stage in their own right. In doing so, they juxtapose the minimalism of the perceptible elements to the numerous resulting effects, ranging from complex pictorial spatiality to pulsating movements. Gibson and Recoder “like to think of themselves as facilitators of an expanded concept of cinema not necessarily outside of the so-called black box but precisely within the obscurity of its immanent darkness.”

The evening will also include a slide-show presentation and discussion of the installation version Atmos.

The installation version of Untitled, titled Atmos, is on view at the School of Architecture (CAAD) of the University of Texas as part of the symposium and exhibition AIR. For more information visit: https://www.airsymposium.com/exhibition/