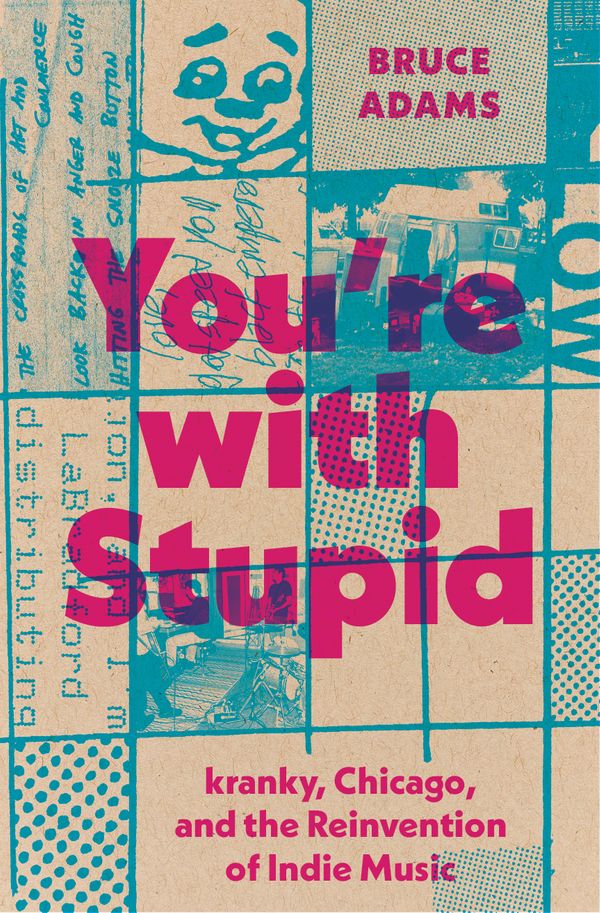 Book Release Party: You're with Stupid

Join the University of Texas Press and the author as we celebrate the release of You’re with Stupid: an insider’s look at how Chicago’s underground music industry transformed indie rock in the 1990s. Artwork from vintage kranky releases will be displayed and refreshments will be served.

In the 1990s, Chicago was at the center of indie rock, propelling bands like the Smashing Pumpkins and Liz Phair to the national stage. The musical ecosystem from which these bands emerged, though, was expansive and diverse. Grunge players comingled with the electronic, jazz, psychedelic, and ambient music communities, and an inventive, collaborative group of local labels—kranky, Drag City, and Thrill Jockey, among others—embraced the new, evolving sound of indie “rock.” Bruce Adams, co-founder of kranky records, was there to bear witness.

In You’re with Stupid, Adams offers an insider’s look at the role Chicago’s underground music industry played in the transformation of indie rock. Chicago labels, as Adams explains, used the attention brought by national acts to launch bands that drew on influences outside the Nirvana-inspired sound then dominating pop. The bands themselves—Labradford, Godspeed You! Black Emperor, Stars of the Lid, Low—were not necessarily based in Chicago, but it was Chicago labels like kranky that had the ears and the infrastructure to do something with this new music. In this way, Chicago-shaped sounds reached the wider world, presaging the genre-blending music of the twenty-first century. From an author who helped create the scene and launched some of its best music, You’re with Stupid is a fascinating and entertaining read.

Bruce Adams, who has worked in the music industry since 1988, is the co-founder of kranky records, which was established in Chicago in 1993. He left kranky in 2005 and continues to work in the industry.